Hit enter to search or ESC to close

Driving Under the Influence

By moonhouse October 8, 2019 No Comments

Driving Under the Influence 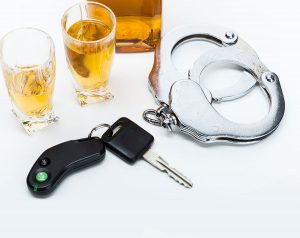 California has two basic drunk driving laws, found in Vehicle Code section 23152, sections (a) and (b):

Note: In most cases, both the 23152(a) and (b) offenses will be charged. Even though there is only one act, the law says that a defendant charged with drinking and driving can be convicted of BOTH offenses — but can only be punished for one (the punishments are identical). Vehicle Code section 23153 sets forth the “felony DUI” provisions where an injury results from the drunk driving, while Penal Code sections 191.5 and 192 describe the crime of “vehicular manslaughter” where there is a death.

Procedurally, you should be aware of certain legal rights you have — rights which are commonly ignored by the police:

DISCLAIMER: This site and any information contained herein are intended for informational purposes only and should not be construed as legal advice. Seek competent counsel for advice on any legal matter.